I have a friend who was in my ward for a while.  My babies and her baby are the exact same age.  They were born on the same day.  People thought we could be related because we look a bit alike.  We became friends because, well, how could we not?!  She has since moved out of the ward and will actually be moving to Missouri TOMORROW.  Her husband is in the military and that is where they will be stationed.  Well, I’m saddened that we didn’t become better friends before they moved away… at least we still have facebook to keep us connected. 🙂

A while ago, I painted a picture of Lucas, which I still haven’t finished.  Anyhow, I posted that picture on Instagram (follow me!) and facebook (follow me!) and my friend saw it and asked me to paint one of her sweet Zoie.

Originally, she wanted the same coloring as the one of Luke, but those colors didn’t work well for the picture that she sent me.  I think it turned out really cute, though. 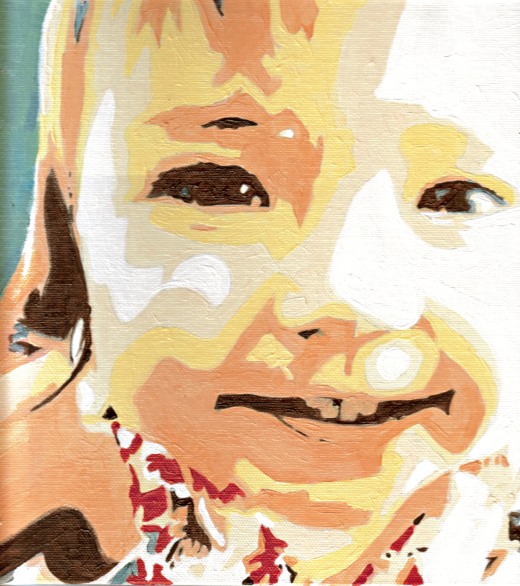 Maybe someday I’ll finish the one of Luke… and do one of Jude… and one of Liam.  Maybe…